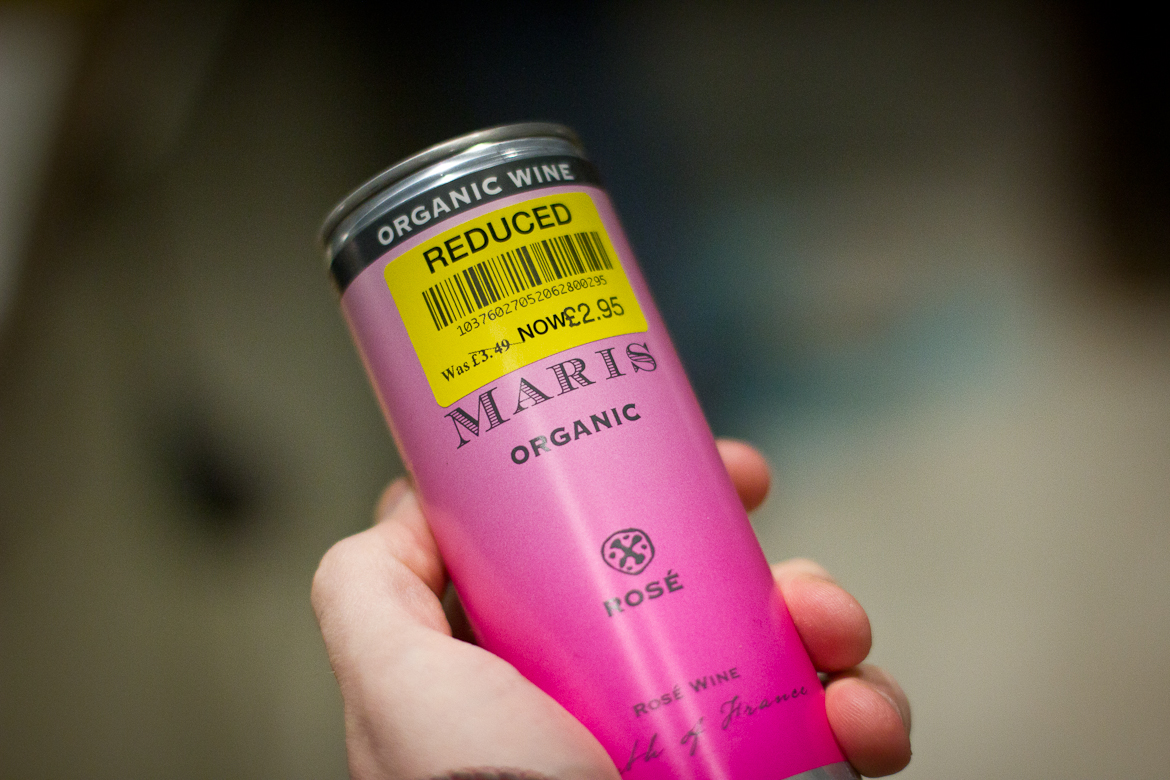 And that’s how I come to be toting this rather fetching can of Maris Organic Rosé. Trying with all my might to disregard the last time I tried commuter-orientated wine.

So let’s crack it open and get this over with.

Jesus hell. Sniff the newly opened can and it smells like lager. Hideous! Give it a few minutes to ‘breathe’ (though I’m not sure it’s capable of respiration, to be honest) and the beery stench gradually dissipates, but I’m afraid you’ll be pining for that lost aroma soon enough. Because now — now — it smells even more horrific. Like a cross between overcooked cabbage and a Venetian canal in high summer.

But I disregard the warning signs and take a swig. For you, reader. For you. The good news, I suppose, is that it tastes better than it smells. This is not, alas, a high bar, insofar as it doesn’t taste of damp flannels and sewage. Instead, it just tastes like the most mean-spirited rose you’ve ever had the misfortune to share an evening with. Spiteful, miserly, acerbic. This is the vinous equivalent of a sour, Brexitty old geriatric whose years of reading the Daily Mail and curtain twitching have sucked away any joy and softness of spirit. Squint your tastebuds and you can just about make out the mournful ghost of some supermarket own-label strawberry jam, which I suppose must be the ‘gorgeous [fruit]’ referred to on the can.

It’s actually worse than I expected (and, believe me, I expected bad). I thought I was in for saccharine, Blush-Zinfandel-esque stuff: wine for people who actually still have the tastebuds of a five-year-old. But, y’know, just as the dumbest, most sugary pop song can in a certain light be impressive, so can a genuinely crowd-pleasing wine. But this, this is just grim. There’s no art to it, not even that of catering to the lowest common denominator.

I think I’d actually choose the can of M&S Vermouth & Tonic over this foul muck. I’d flush the remnants down the nearest South Western Railway loo, were I not genuinely concerned for the wellbeing of the staff who maintain the tracks where it might end up.