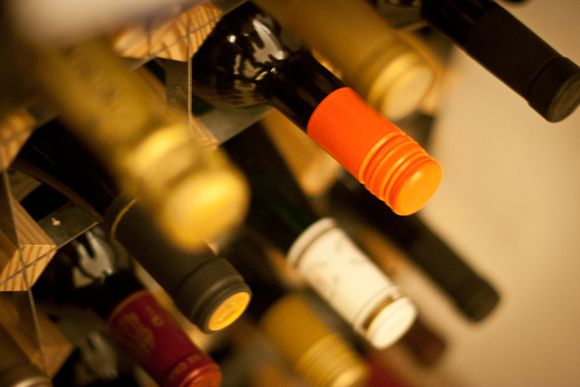 So. 2011. I think it’s time you and I had a sit down and reassessed our relationship. We’ve both done some things we shouldn’t have. Mainly you.

Now, I’ll grant you, you’re being pretty damn lovely. But, as years go, I’m not going to pretend you’ve been consistent. In fact, if we’re talking consistency, you were about at the level of a schizophrenic pitbull terrier on amphetamines, wearing a knitted pink bonnet.

But — consistency? You and I, my dear, sweet, syruppy reader (if I may move to include you in this hitherto somewhat self-indulgently exclusive conversation), you and I aren’t here for consistency, are we? We’re here for life. And, um, probably wine, too. Which is (if I may remind you) a subset of life.

Not the other way round, you pathetic, hyperventilating alcoholic.

Anyhow. Here’s the deal. Over the course of the next two posts, I hope you’ll permit me to extend the self-indulgence and to present — with desultory trumpet fanfares and some misguided bugger strumming a mandolin — OLD PARN’S WINE AWARDS, 2011. Yes, there is something a little troubling about looking back over a year exclusively through the prismic glass of empty wine bottles. But no matter. Onward. Acrossward.

Like I said, the awards will come in two parts. In the first, today’s, I’ll canter through my most notable wines of the year. In the second, to follow, I’ll add a few more general awards (luxuriating in the delusion that anyone’ll give a toss) and — with a halfhearted nod towards democracy — present your favourite posts of 2011.

But that’s all to come. Excitingly. Meanwhile, though —

Potel Aviron Moulin a Vent — Reminding us that the word ‘fruity’ belongs to us, to the hedgerows, to the soil — not to some bunch of oily FMCG bell-ends.

D’Aquino Reserve Merlot — One Merlot that can grab onto my ankles any day of the week.

Most heinous and detestable wine

Domaine de Mourchon — Seduce me with a heady waft of fruit. Then pull me up, slap me and strap me, look me fucking dead in the eye and ask me if I reckon I’m hard enough.

Most ungluggable wine (this is a good thing, damn it)

… and the sought-after Best In Show:

Vina Arana Reserva Rioja — Soft but strong. Firm but gentle. Confident but seductive. It yields and it withstands. Balance.

So that’s it for today. Stay tuned — won’t you? — for part two. And do feel free to share your own vinous awards in the comments, should you be so moved.