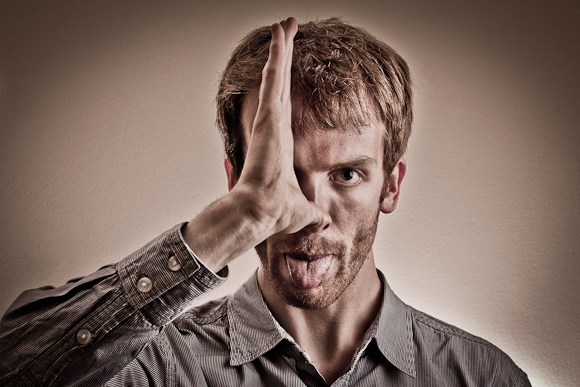 I wrote a post, a while back, saying that wine writing is broken. I guess I probably didn’t say everything quite right, because I made some blokes with beards quite tetchy. And if there’s one thing I definitely take no pleasure from, it’s making men with beards get tetchy.

So you have to imagine me here, vibrating with adrenaline and panic, every time I think another man with a beard* might be angry with me.

You think I’m joking, don’t you?

OR MAYBE YOU’RE NOT SURE WHAT TO THINK ANY MORE.

Anyhow. I had another surge of adrenaline the other week (who needs illegal stimulants when you have a blog, eh?) when I found out that another man (who may or may not have a beard) had written an article mentioning me. But — not to worry, sweeties — I’m fine. This man — whose name is Stan — is polite and measured, and has written a piece that I’d actually like to engage with: thought has gone into it and it has no double exclamation-marks.

I would’ve written a comment on the post itself. But then I found out I’d have to create a bloody account just to do that. (Word to the owners of the site: this is probably not the best way to encourage reader participation.)

Specifically, I’d like to respond to three points — or, perhaps, questions — raised by Stan — who seems, incidentally, like a pleasant and moderate chap. But a chap with whom I do disagree in certain respects. These three questions are, in order:

1. How do you prove that wine writing is broken?

Stan agrees with Tom Wark: if Old Parn thinks wine writing is broken, Old Parn needs to prove it. To name names, to give examples.

If that’s what I meant, how would I prove it? By quoting three examples of bad wine writing?

Hmm. How hard would it be to find three examples of bad wine writing? About as hard as picking up three Saturday papers.

Yup, yup, yup, Parn. We get your point. Move on now, please.

The second way to approach a statement like ‘wine writing is broken’ is to interpret it as meaning, ‘Something is missing from the world of wine writing’.

Just as I could tell you (well, actually, on point of fact, I couldn’t, because I’m a clueless imbecile in such matters) that a car engine was broken because it was missing a certain key element, I reckon I could also claim that wine writing was broken for similar reasons.

If I showed you this car engine and it was missing (say) a spark plug (INDULGE ME: I KNOW NOTHING ABOUT CARS), and I said, ‘Look, sir! This engine is broken. It has no spark plug’, I suspect you wouldn’t ask me to give examples that proved the engine wasn’t working. Me pointing to the gap where the spark plug should be would (I hope) be enough.

The engine itself might have plenty of more than serviceable parts. But the fact that it was missing a key element would still mean it was broken.

That’s why I burbled on about Giles Coren and Jeremy Clarkson and all that pish. I was saying that the world of mainstream wine writing lacks verve, excitement, provocation.

And that’s an opinion even my swaggering bravado is prepared to stand behind. Without examples.

2. Do we need to rebel against the wine establishment?

Stan says there’s a nagging question: ‘Do we need to throw in a lot of expletives and rebel against the established critics and wine writers?’

I don’t think the expletives and the rebellion are necessarily linked, to start with. I’ve said this before, but I actually think that swearwords are just words. I happen to like them. Some people don’t like them. The people that like them are probably going to get on better with my blog than the other ones. It’s just style, innit?

But: ‘Do we need to rebel against the wine writing establishment?’ is an interesting question. And I thought about this — all the way to Marks & Spencer and back.

And I think the answer is yes.

Okay, so I happen to know that I can find lots of lively, entertaining winey chit-chat — with thoroughly unpretentious folk — on the internet.

But most people who like a glass of wine aren’t going to start reading wine blogs. And, yes, that certainly includes mine, I should add.

I suspect, in fact, that most people who like a glass of wine either think that wine writing is a crock of shit, or else think it’s somehow for people who ‘understand that stuff’.

I think (from things he’s written) that Stan agrees that this is a problem. It’s a problem that needs to be tackled (and is being tackled) on many fronts. And one of those fronts absolutely should be outright protest. Not the only front. But one of them.

Given what I perceive to be a widespread mistrust of the ‘snobbishness’ of the wine world (perhaps especially in the UK?), I’d say there’s at least an argument for going all-out to challenge those perceptions. And the first step in challenging perceptions is getting anyone’s attention in the first place.

Sometimes, you have to be extreme to do that, I think.

3. Why shouldn’t we be irreverent about wine?

Stan’s post is entitled ‘Is irreverence taking over the wine world?’ — and he closes with the hope ‘that the consumer does not need irreverence or a dictionary to peak [sic] their interest in wine.’

I’m absolutely with him on the dictionary part.

And I’m sorry, but wine is due NO FUCKING REVERENCE AT ALL. I’m not denying that it’s (often) wonderful stuff. But it’s a luxury and a frippery. A damn nice frippery, for sure. But still incredibly, mind-bogglingly unimportant, in the scheme of things.

It’s all this reverence shaboddle, in my opinion, that alienates so many people. That alienates people who actually think, ‘Wait a minute, this is just liquid that I enjoy drinking some evenings because it tastes nice and makes me get a bit pissed.’

Of course, there are also lots of people who are hungry for knowledge and information about wine. These people are already massively well-served by available sources. They are also the converted. They don’t need some ill-informed words from a foul-mouthed twenty-something like me.

But just because we in the wine bubble may take something seriously, I think we need to be reminding ourselves constantly, remorselessly: not everybody does. Reminding ourselves that perhaps, for some people, it’s the seriousness — not the irreverence — that feels like it’s taken over.

My swaggering vulnerability would like to reassure you that I have no quarrel with the notion of the beard — which is often a fine facial adornment, and one that Old Parn himself has occasionally (if never exactly luxuriantly) sported. Many of my favourite men have beards. And a couple of my favourite women. Back to main article