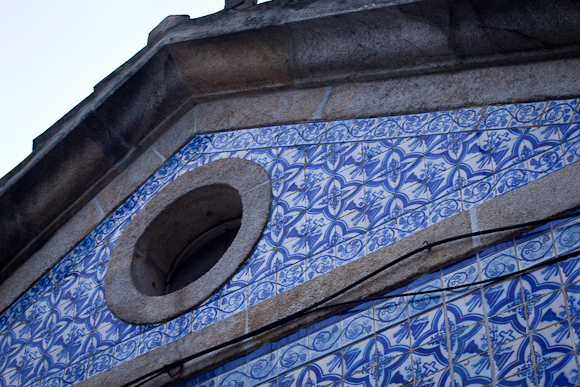 Okay. Welcome to day 1 of my Portugal diary.

Uh huh. I’m here in Porto, on a wee wine jaunt. My first wine jaunt, indeed. So bear with me while I get overexcited and deluge you with far more information about it than you’d ever want to imbibe.

I’m here for a three-day tour around some of the wineries of the Vinho Verde region. About which I’ll be able to tell y’all a bit more once I’ve, y’know, started the tour.

Meanwhile, though, let’s talk about my flight here, shall we? Because that’ll be interesting.

Now, because I haven’t owned a television for the past half-decade or so, I have an unfortunate tendency to be mesmerised like a time traveller from the 19th century by moving images on a screen. Hell, even typing these letters is kind of magical to me. LOOK AT THEM APPEARING IN FRONT OF MY VERY EYES. Eeeeeee!

Anyhow, my tendency toward moronic screen-induced paralysis had ample opportunity to manifest itself during a two-hour flight, thanks to a bunch of retractable screens that swung grimly down from the aircraft’s ceiling, shortly after takeoff. Screens that illustrated our progress, via a series of animated maps, through the skies of Europe. Now, I quite like this kind of thing. It’s a bit like a computer game (admittedly an awfully shit one with which I am deprived of the power to interact), and it saves me having to stop the stewardesses each time they walk past to bawl, ‘ARE WE NEARLY THERE YET?‘ at them, for one.

The problem was that the journey progress screens were only displayed for about the first 15 and the last 5 minutes of the flight. Times at which, yes, I was in little doubt as to our progress.

But for the middle hour-and-a-half or so? The yawning chasm during which updates on progress might actually have been useful? No progress screens. Instead, an interminable series of back-to-back video clips. Many of these were about Portuguese events or attractions (I assume), though, without sound, they were occasionally hard to fathom. So I stopped watching, and turned my attention to Martin Amis. However (one can only take so much Martin Amis), my attention again became transfixed, three quarters of the way through the flight, by one particular clip. Entitled (and, presumably, set in) Angola.

Now, ‘Angola’ features a posing, deluded fashion victim with a saxophone in his gob, playing on a fucking sundrenched fucking beach, while two lithe women prance and cavort around him, smiling their excluding-VAT smiles. As I watch ‘Angola’, saliva pooling in my lip, I am seized by a violent urge to beat that fucker’s saxophone into scrap metal with a goddamn toffee hammer.

And, while I seethe impotently, it suddenly becomes night time in ‘Angola’. And we’re suddenly in a city. And the same fucking saxophone dude (who, incidentally, plays sax with a face like he’s simultaneously taking a crap after a fortnight eating nothing but KFC paninis) is still at it. For some reason, there’s a gale force wind blowing through this stupid nightclub (or perhaps it’s simply the shockwave from a nearby nuclear explosion) — but this fact doesn’t perturb or hinder still more rent-a-cleavage waxworks, who spin and grin as before, while an ADHD cameraman leers at them through his wide-angle lens, with a wide-angle bulge in his wide-angle shorts.

I remain uncertain whether ‘Angola’ is a feature commissioned by the Angolan tourist board, or by the Saxophonists’ Union. But in either case, I regret to say that its effect on me has not been resounding in its success.

And what does all this have to do with wine? Or, for that matter, with Portugal? I have no fucking idea. You were waiting for some kind of clever link, weren’t you? Sorry.

So I got to Porto. And spent half an hour vainly trying to extract Euros from cash machines that greeted my British Visa card with a sad-faced cartoon oblong apologetically telling me I was out of luck.

Boy, I wanted to fuck up that stupid oblong bastard. Knock off one of his corners and make him into a fucking pentagon. See how he likes that.

But, finally, I got my euros. From a different machine. And got my taxi. And got to my hotel. My VERY FUCKING NICE HOTEL, thank you.

So. Tomorrow. Some wine. I promise.