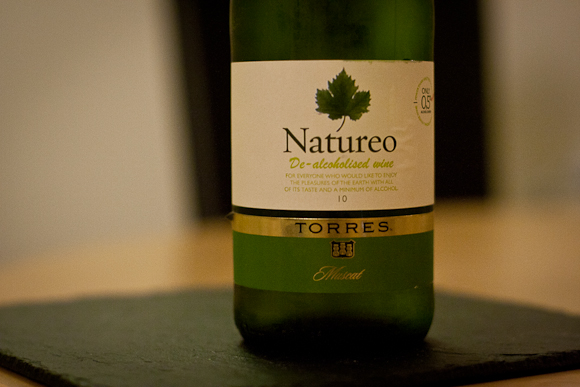 Now. I wish I could present what follows in the light of intrepid, altruistic experimentation. The reviewer acting on the behalf of his beloved community.

But no. Alas. The only valid explanation is, I’m afraid, my own bestial idiocy.

Picture me, then, as I stroll through the aisles of Waitrose. Perhaps, yes, perhaps I am a little more distracted than usual; my thoughts elsewhere. Specifically, my thoughts are still stuck at Waitrose’s cakes/baked goods counter, to which I was bewilderingly summoned, moments ago; interrupted amidst my blithe perusal of the organic eggs:

‘Excuse me, sir! Can I tempt you with my cakes?’

My dear reader: I am not accustomed to being tempted with the cakes of strangers. Least of all strangers wearing Waitrose caps and aprons. But, heedless of warning signs, I amble across.

‘Is that a bottle of gin I spy in your basket?’ cries this affable (by which I of course mean fucking weird-ass) baker.

‘Ah, Plymouth. Good choice. I bet it would go wonderfully with one of my cakes.’ (Looking at his cakes, this strikes me as an unsound wager.) ‘May I ask what you plan to do with your gin?’

At this, Waitrose Man’s face lights up like a napalmed shellsuit factory.

You will note that I choose to punctuate the above with a concluding full-stop, rather than a question mark. For, dear reader, it sounded like a story I did not much want to hear. But a story I had a feeling I was going to hear, full-stop or no.

And I was right.

‘Well, let me tell you … I can’t talk too much about it …’ (he looks left and right for eavesdroppers, leans forward and continues, sotto voce) ‘… but I’ll put it like this: when you’re making martinis for the Queen, you must be doing something right.’

When at length I’d extricated myself from the above exchange, I blundered dumbly for some time through the aisles of Waitrose, visions swimming before me of my wild-eyed cake-seller shaking his regal martinis.

And it was in this semi-delirious state that I picked up a bottle of Torres Natureo.

Now, you might not be thinking that this sounds like much of a disaster. Torres is a brand that makes some good mass-market-type wines. Indeed, it was this fact, coupled with its being on offer, that motivated me to grab a bottle: ‘I’ll review this for those splendid readers of mine,’ I thought. ‘For they are the sorts who’ll surely flock to snap up a Waitrose special offer, are they not?’

Well, maybe you are.

But maybe you’re not a blind fool like me.

And maybe you’ll therefore have observed those evil, evil words skulking beneath the name of this bottle (in something that looks appallingly like that fucking Brush Script typeface, no less):

You may imagine my horror when, back at home, my eye fell upon those nauseating words. I felt a searing pain comparable (I am almost sure) with that of childbirth — and let out an appropriately agonised wail:

By the blackened arsehole of Beelzebub — NO!

But, heck, I pulled myself together. Gathered up the scraps of my journalistic impartiality (ha!) and decided to taste the blighter.

And, okay, I’ll be honest: when first I walloped some of the despicable liquid into my trap, I actually thought, hell, this isn’t as appalling as I expected. There’s a snap of acidity that’s almost bracing. A kind of Riesling-esque poise.

Alas, that poise disintegrates more rapidly than a leper in a wind tunnel. And is rapidly succeeded by a grim, pitiless flavour that is hauntingly like that of too-weak orange squash (from cheap-brand concentrate).

What’s more, it leaves about as pleasant a legacy in your mouth as the US did in Vietnam.

Look, it must be really hard to make a good wine with this little alcohol in it. So — how’s this for an idea? — don’t bother. I mean, if you don’t like alcohol, why in the name of the nailed up Messiah would you want to have a bottle of crappy fake-wine? And if you do like alcohol (but you have to drive later, or something) a mouthful of this is a patronising insult to your tastebuds.

Either way: stick to Schloer.

Or, if you’re the Queen, stick to martinis.