… is eyebrow-flappingly, toad-paralysingly sweet. Suicide-bombingly sweet. Sweet enough to make the sweetest goddamn kitten photo ON THE WHOLE OF THE INTERNETS seem only mildly touching 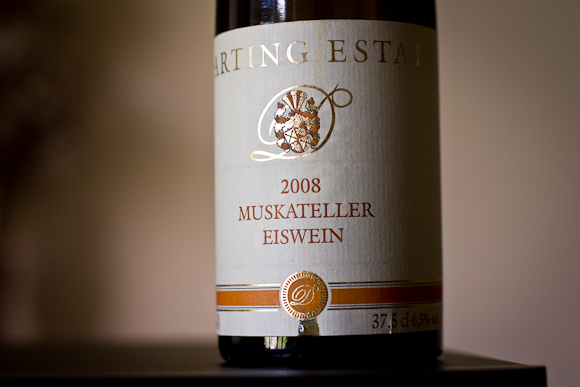 Your first clue that you’re in for something out of the ordinary is the fact that this wine is a deep, deep amber.

And it is eyebrow-flappingly, toad-paralysingly sweet. Suicide-bombingly sweet. Sweet enough to make the sweetest goddamn kitten photo ON THE WHOLE OF THE INTERNETS seem only mildly touching.

It’s also very acidic — which is just as well, as it’d otherwise be utterly unmanageable. Because the bite of the acid helps retain a bit of balance.

But when it’s there in your gob, and as you swallow, it’s so damn sweet. I’m going to be straight with you: too sweet. It has that little catch in the back of the throat that you get drinking orange squash with too much concentrate. The colder you can get it, the better this becomes — but even chilled right down in the Dedicated Parn Drinks Fridge, it’s still too throat-cloying, too syrupy.

What’s more, the sweetness makes it hard to discern the rest of the flavours. Which are lovely, deciduous, autumnal, fleshy, ripe: grapes and peaches and sugar, oh my!

This is a crying, weeping, howling great shame.

I’m sorry to say that, at £16 for a half-bottle, I can’t recommend this wine. And, oh boy, believe me: I love Eiswein. When I snaffled this from the shelves of M&S, I really thought I was in for a treat.

The worst thing is that, behind the sweetness, there’s a stunning wine, I’m sure of it. Tragically, though, I’m stunned in the wrong kind of way. 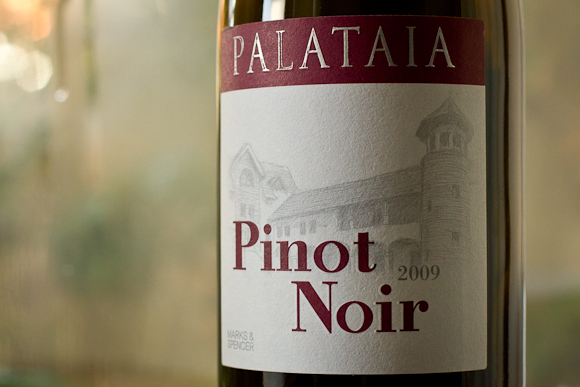