Today’s Bargain Booze is a Bordeaux from Waitrose. 1/3 off at the moment. It may not set your meticulously curated world alight, but it’s pretty good. A proper everyday Bordeaux. 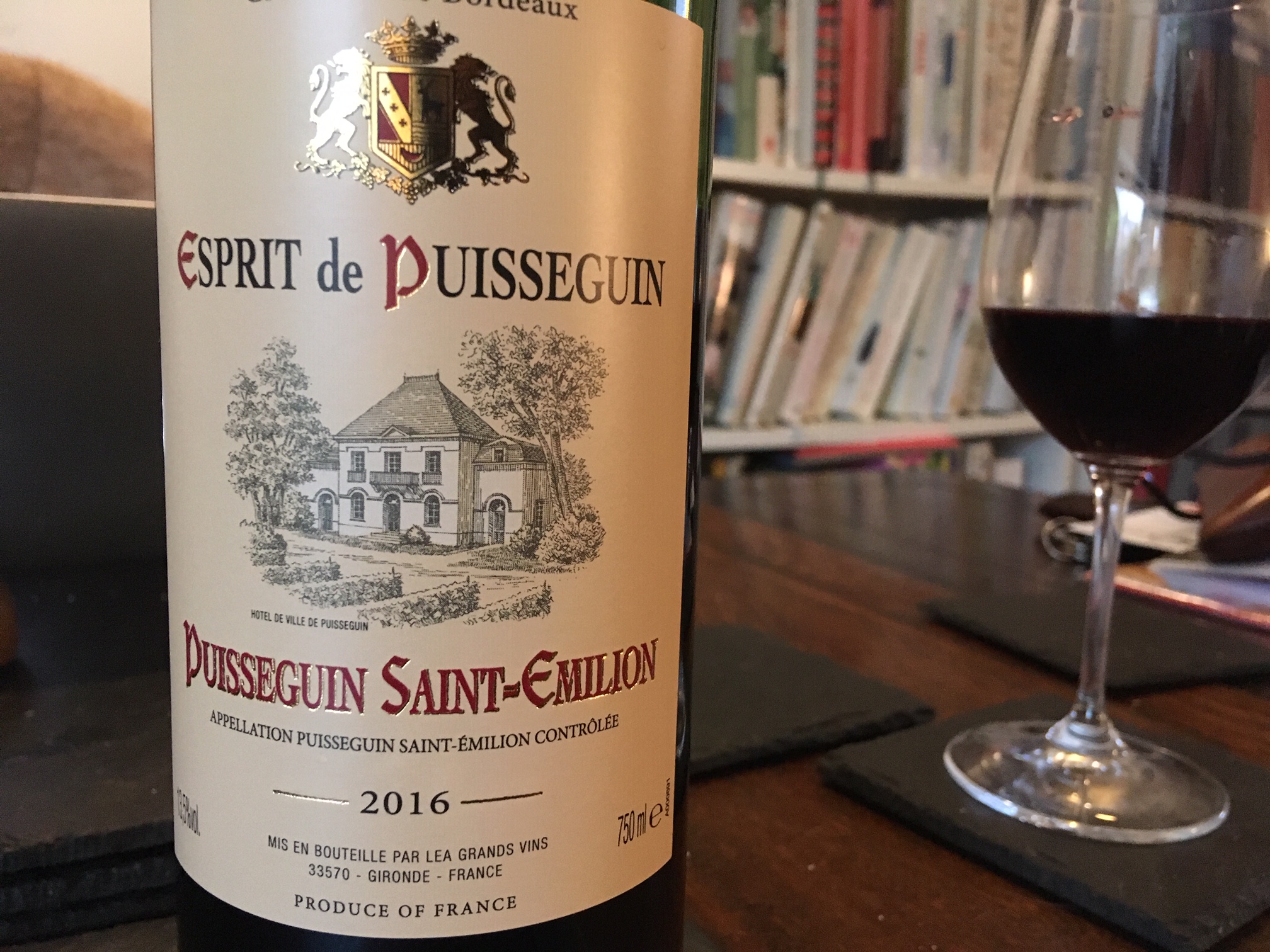 Consider this a weary, ambiguous gesture in the direction of topicality. Another occasional series of posts wherein I’ll highlight alcoholic offers and deals that you might find interesting.

END_OF_DOCUMENT_TOKEN_TO_BE_REPLACED

In which Old Parn explores his difficult relationship with authority, his deification of Waitrose, and his peculiar peccadillo for the eponymous Bordeaux sub-region. 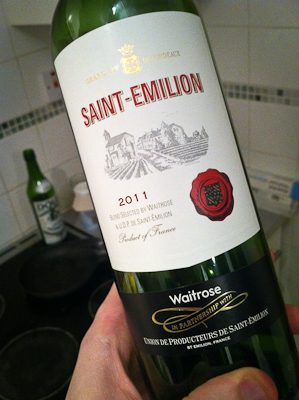 You see, I’m not a rational wine-drinker. And I don’t really know that much about wine.

And I think it might actually be a turding great problem, y’know, that — when writing about wine — there’s a huge pressure to be an authority.

But most of our own personal engagements with wine (even — dare I venture? — those of us who write about the fucking stuff) are leagues away from objectivity.

I’m, right now, drinking a bottle of Waitrose St Emilion (currently 25% off, making it £9.99). Why am I drinking it? Well. First up, it was on offer. I don’t typically buy wine because it’s on offer (as — working in retail myself — I nurture an informed suspicion of retailers’ motives in discounting). But when it’s a Waitrose own label, I figure that’s okay. Because saying a product is Waitrose own label is a bit like saying a person is Jesus own label.

I was in the supermarket, at 7pm, buying myself dinner. My stock of wine at home was running low (normal people look in my wine cupboard and laugh incredulously when they see my idea of ‘low stock’. I realise this).

I saw the St Emilion and I picked it up. Why? I’m not sure. Rationally, I wouldn’t tend to buy Bordeaux at £10–15 from a supermarket. I’d calculate that my money would be spent better elsewhere, in terms of the quality of wine I’d probably end up with.

But I didn’t make my decision rationally. I often don’t. This evening, I bought St Emilion because I loved the idea of St Emilion. I love the fucking words St Emilion, alright? I love the fact that it’s characterised as a kind of underdog amidst the Bordeaux sub-regions, in exactly the same irrational way in which I love Armagnac for not being Cognac. I love the way it sounds so much more elegant than Pomerol or Medoc.

I didn’t think (even bearing in mind the discount) that this bottle would be the best way, objectively, of spending my ten quid in Waitrose’s wine department. Honestly, I didn’t care that much.

I wanted the idea of a St Emilion more than I wanted to make an objective decision.

We don’t engage with wine in objective ways and situations, unless we’re (a) in a tasting, (b) being asked our opinion in a rather serious manner or (c) the kind of dull wanker who writes a wine blog.

In the same way, we tend to choose the restaurant meal we fancy, rather than the one we judge objectively will be best.

I’m enjoying this St Emilion, incidentally. I’m enjoying it because I’m writing to you about it (natch), and you’re a really great listener. And I’m enjoying it because it’s sort of reminding me of the time when I went to look round a prospective houseshare and one of the people living there was studying for one of the various wine qualifications and was partway through a blind tasting. He gave me a glass of the wine he was trying to identify (which turned out to be a modestly priced generic Bordeaux), and the St Emilion I’m drinking right now sort of reminds me of that.

Which was goddamn ages ago. But the past was quite nice at times. When it wasn’t being almightily tedious.

Is it good? I don’t — honestly — care all that much. I mean, it’s not bad. I’d care if it were bad. It’s somewhere between nice and very good, and might even be excellent. But might, after all, just be nice.

I couldn’t give a crap. And I hope that’s alright with you.