This is an extended version of a guest post I wrote for Groupon UK. You can read the shortened version on the Groupon blog. 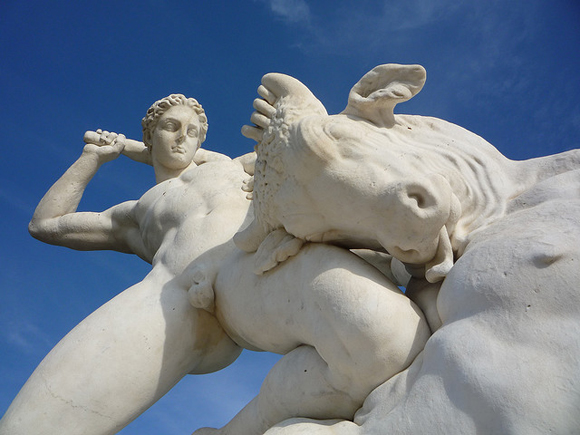 You remember Theseus? Yeah — the bloke who had to kill a savage, halitosis-ridden minotaur, then find his way out of a vast and treacherous labyrinth. A labyrinth, what’s more (though the legends don’t tend to mention this) that was probably ankle-deep in minotaur crap, unless there was some kind of sophisticated drainage system in place.

You may think Theseus made a pretty good job of all the above. And I wouldn’t disagree. But what I say is: put Theseus at the entrance to an out of town supermarket and tell him to come back with a half-case of exciting, high-quality wine?

Because picking out the good stuff from your average supermarket wine aisle is a grim and potentially psychologically traumatic experience. But fear not, adventurer! Here are six tips to help you get out of the maze without putting your foot in something nasty:

1. Be suspicious of the beautiful label

Something to bear in mind, especially if you’re looking at the cheaper wines (around the £6–7 mark and below): at this price, a scandalously small amount of your money is going towards the actual wine. Most of it gets eaten up by taxes, duties and other such shaboddle. Read this article on UK Wine Duty and weep (a taster: spend £5 on a bottle of wine and less than £1 of that was spent on the wine itself)

So if you see a cheapish wine with a beautiful label, bear in mind that the producer already had a very small amount of money to make the wine, and that label design and branding consultancy don’t come cheap.

On the flip side, though, great label design on a more expensive wine may well be an indication that a producer is focused on its customers. So I’m not saying you should avoid nice labels per se. Just be aware that you’re paying for that label design.

We’ve all heard of the grand and prestigious wines from places like Bordeaux, Burgundy, Chablis, Sancerre, Barolo, Chateauneuf du Pape … But here’s where I’m going to tell you to ignore them.

Well, not entirely. But I virtually never buy big-name wines at the supermarket (except perhaps Waitrose). Why? Because often they are bad, bad examples of great wines. Sold on name alone.

If you want a grand old Bordeaux for a special occasion, I’d always go to an independent wine shop — where someone will help you find a good’n — or order online.

But, in the supermarket, I suggest you avoid the big names — and instead …

3. Seek out the unknown gems

These are the wines from places and grapes you may not be acquainted with. Why buy these? Because supermarkets know that most people buy the familiar stuff — slap ‘Bordeaux’ or ‘Pinot Grigio’ in big letters on a label and that wine will probably sell.

But slap ‘Torrontes’ or ‘Musar Jeune’ on a label? Not so much. These are wines that will generally be bought by more seasoned winos. As a result, they’ll tend to be better quality. Because the wine can’t rely on name, so has to prove itself by quality. 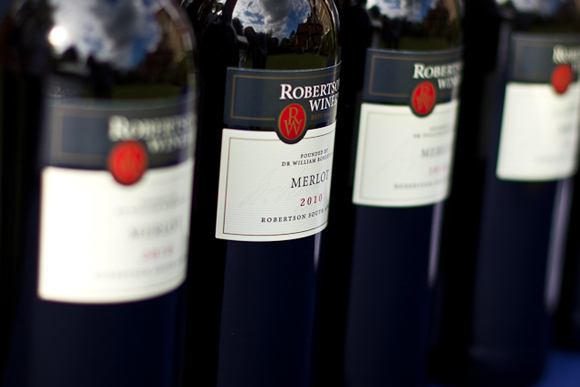 Ah! The mythical 2 for 1. Bargain, right? Alas, dear trolley-pusher, it may not be so…

Because there’s a bunch of wines that only ever sell when they’re on 2 for 1. At other times of year, they’re shelved somewhere out of the way, at a high full price that hardly anyone would pay. They are designed to be sold at 2 for 1. And that fact is built into the pricing.

5. Look for the medals

Like a shrewd, discerning singleton at a military officers’ ball, you need to keep your peepers peeled for the glint of polished metal. Wine awards aren’t the be-all (many brilliant wines don’t win medals) — but if a wine does have an award festooning its label, chances are it won’t be a dog.

Unless you’ve somehow strayed from Tesco’s to Crufts.

And, once again, you shouldn’t be surprised to know that the best quality wines won’t necessarily be the ones that Mr Supermarket is keenest for you to buy.

So get on your knees — and your tip-toes — and scan the badlands of the top and bottom shelves. This is where those modest beauties may be coyly hiding.

Well — I hope these tips fortify your next voyage supermarketwards.

Oh, yeah, and on your way out, give that Theseus a kick in the shins, won’t you? (For Ariadne.)

The question that’s flapping around the wine world like a startled goose is, ‘Why won’t the British treat wine seriously?’ — and, in parallel to that, why does wine have such a problem with allegations of snobbery?

Well, that flapping goose has woken me up, too. So here are my thoughts.

First up, I think it’s a little too easy to blame supermarkets for the situation in which wine-lovers are stereotyped as snobs.

Guy Woodward (in the Guardian piece I linked to, above) writes:

‘It’s a situation that several supermarkets have helped to create. By directing consumers to the “3 for £10” promotions, stores are hardly encouraging us to discover new wines. The wine industry’s own trade body, the Wine & Spirit Trade Association, has even criticised such “deals”, arguing that they stymie consumer education.’

But I’m not sure that supermarkets’ pressure to hit the lowest price points is really responsible in a fundamental way for perceptions of wine snobbery. After all, supermarkets have surely also remorselessly driven down the price of meat and beer (Guy’s two examples of segments not afflicted by perceptions of snobbery).

So why is wine a target, while meat and beer are not (or are much less so)? It can’t be as simple as supermarket pricing, the issue on which Guy’s article focuses pretty much exclusively.

Incidentally, I absolutely agree with everything Guy says about wine pricing in supermarkets. I just don’t think this is the root of wine’s problems with snobbery.

To which I think there are at least three major contributing factors he doesn’t mention.

That gives wine a hill to climb that others don’t have to contend with.

The lack of a ‘story’ for wine

People have been told a story that allows them to understand and relate to the benefits of spending more on better meat (and allows them unequivocally to feel good about doing so).

The story is that animals get to lead a better life. The customer is supporting a small farmer, not a big corporation. There’s a human touch. Local meat feels more connected to the customer. And so on.

Yeah, sure, the more expensive meat also tastes better. But that’s not actually the main thrust of the story. The emotional story of animal welfare, conservation and support of farmers is the more emotionally compelling factor. Even if it’s not always true or accurate.

Wine is not yet successfully and consistently broadcasting an emotional story that’s as good as this. It could. But it’s not. Notice that Naked Wines is making progress on this — getting customers to relate to wine stories, to see what being a small wine producer (and supporting those producers) actually means.

The relative weakness of wine advocacy

This links with the story argument, above — but goes further.

Neither the decent-meat lobby nor the beer industry persistently shoot themselves in the foot in the way that the wine industry does. I’ve written before about my belief that wine writing is too often insular and exclusive. If wine wants to shake off its snobbish stereotype, the industry needs to make a concerted effort to stop blathering on with terminology nobody understands and implying that there is a hierarchy of enjoyment of wine, the upper echelons of which are reserved for the cognoscenti.

I’m not saying there’s not a hierarchy of enjoyment of wine, incidentally. You may think there is. But implying this is powerfully alienating to people who feel like they’re far from cognoscenti.

Anyhow. Lots of the success of the decent-meat lobby is down to its use of charismatic, passionate advocates to put across its story in an immediate and accessible way: Jamie Oliver, Hugh Fearnley-Whittingstall and all. People who are selling the lifestyle and the benefits, not just the product; who talk to their audience in language that is free of jargon, who seem like ‘one of us’. And, yes, people who have a very high profile.

Now, I realise it’s all very well for me to say ‘the wine world needs advocates like Jamie Oliver’ — when it’s not exactly easy to propel oneself into a position of that kind of influence. I’m not pretending the wine world can just create charismatic, popular advocates — like that. Nor am I saying, incidentally, that every single advocate that currently exists for wine is rubbish. Obviously that’s not the case.

Not one of the above three factors has a quick’n’easy solution.

What I am saying is that, combined, they are (in my view) hugely implicated in the allegations of snobbery with which wine is beset. And that whilst supermarket pricing may play its part, I’d say that the wine industry deludes itself enormously if it lets itself believe that this is the only — or even the principle — cause of its snobbery woes.