In which Old Parn’s vinous travels continue, and he reflects upon the physically demanding business of wine tasting, as well as the peculiar lack of rampant commercialism in the world of Vinho Verde wine 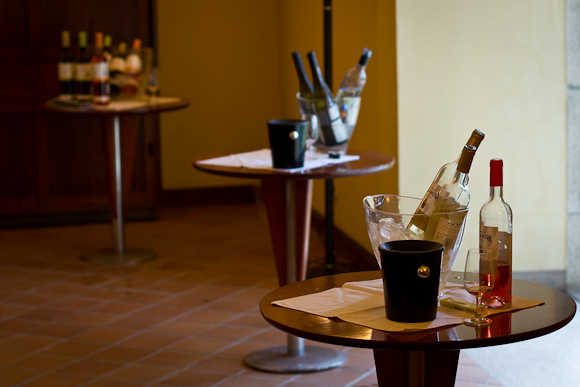 Tasting wine can be pretty brutal. You might go so far as to call it an extreme sport, in fact. Because if you want to taste wines, you’ve got to be a frigging athlete, my friend. At the peak of physical condition.

You’ve got to be supple. Because you’ll be wandering around with a glass in one hand, an increasingly voluminous and unwieldy sheaf of papers in the other and (if you’re a ponce like me) a DSLR camera slung over your shoulder.

So every time you bend your knees to spit out the wine you just tasted (yup), the camera swings round, scythe-like, in a vengeful arc. Hell, this is DEMANDING STUFF.

Day 3 kicked off with a tasting, see — a bunch of producers; us walking round ’em all, swishing and spitting their lovingly vinified creations. It was only thanks to my olympic levels of coordination that I didn’t send glasses and bottles flying all over the shop, thanks to my pendulous camera.

Then there’s the teeth. My chompers, by now, are fucking killing me. Because I am weak. Each time I suck in a breath of cool air, I have a small shudder. And eating a blinkin’ cream cracker is like torture.

(Ever been to a wine tasting? Crackers feature pretty heavily.)

So, yeah, like I said: only the truly resilient need apply. 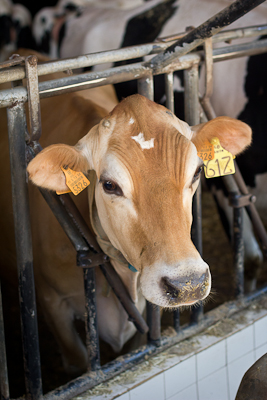 After the collective tasting, we were bundled off to Quinta das Arcas. There were some cows there, which was fabulous (there’s nothing like seeing a dumb beast of a different species to lift my mood. And if you think I’m joking, you’re an idiot.) We had lunch at Quinta das Arcas, which involved sitting at a long, long table and getting more MASSIVE CHUNKS OF MEAT.

Indeed, as a number of my companions remarked, there is something of a disconnect between the recurring spiel of the winemakers we’ve met — that Vinho Verde whites are brilliant, light, fresh wines ideally suited to seafood, salads, simple, clean, light dishes — and the food that we actually get given. Which is, let me say, goddamn delicious. But not exactly what one would call light.

Wine-wise — let’s talk about Vinho Verde red wines, shall we? Because these bad boys are not what most people are used to. (And, yes, they are in their element with aforesaid MASSIVE CHUNKS OF MEAT). 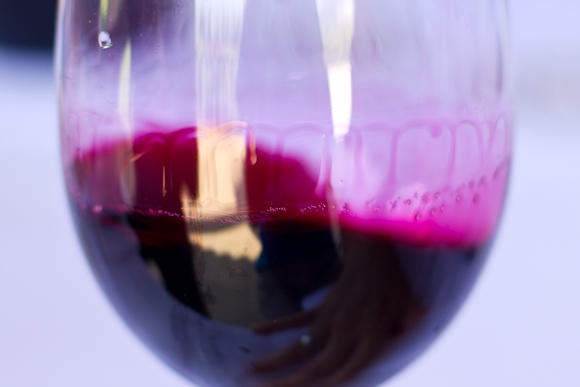 Typically, they are deepest vermillion in colour — dark, intense. Quinta das Arcas’s Herdade Penedo Gordo was one such example. It’s a fucking massive bundle of spice and chocolate and cherry and coffee — and it clonks you round the palate like a blunderbuss. Like almost all the reds we’ve tasted, it’s served somewhat chilled.

Unlike white Vinho Verde wines, the reds from the region are not typically exported; they’re made to sell to the local market only. It’s not all that hard to see why. Not because they’re terrible — but because, well, who outside the region is going to buy them? They are scary, scary beasts. Stick them alongside some local food and they make sense. But out of context? Pretty damn pant-soiling, to the (mildly incontinent) man on the street, I’d say. 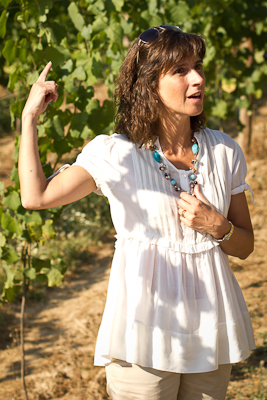 Waving farewell to the cows (well, I was, anyway. In my head), we then wound our way to the rather beautiful Quinta da Raza. Like many of the wineries we’ve visited, it’s very much a familial kind of deal — we’re greeted and served by the winemakers, who are often members (across several generations, potentially) of the same family.

And although the tasting may have a few trappings of formality (printed tasting notes, that kind of shebang), everything is conducted in the least commercial manner imaginable. In general, it’s rather lovely. But I can’t help but wonder if it isn’t also bizarrely naive: I struggle to imagine many industries that — faced with a roomful of relatively influential German/Swiss buyers (plus one aberrant weirdo from England) — would make so little effort to sculpt, to mould, to influence. Again, I’m not saying this is anything other than lovely. But surely these guys need to be trying to get a consistent message/brand out, rather than leaving it totally to chance? It seems odd to me. Cynical, commercial bastard that I clearly am.

Anyhow, yes. Once again, we tasted an array of zingy, citrusy, fresh white wines. Plenty of which I could gleefully drink a fine old torrent of. Plus an extremely accessible rose (big, fruity hoof to your nose, and a similar whoosh in your mouth) and another scary red.

Then our final visit of the day — to cast our eyes across vineyards bathed in beautiful evening sunlight, and snaffle ourselves another tasting and dinner, courtesy of the fine folk of Quinta de Carapecos. 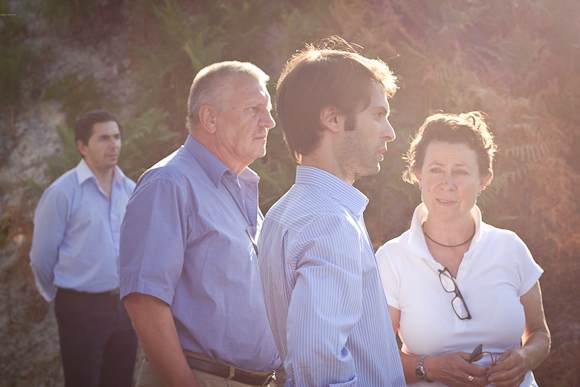 Again, some delicious wines, including a lovely, almost indecently accessible rose (jailbait stuff) and — a curio — a sweet wine made from the Espadeiro grape. Which was as honeyed as you like, though its ebullient sweetness did seem to disintegrate somewhat into an unfocused candyfloss at the end.

But, then again, so did my brain, when we finally stumbled our way back to the minibus. Because, boy, was I tired.

I guess that’s pretty much how Roger Bannister must’ve felt on the evening of 6 May 1954.