In which Old Parn burbles unconvincingly about branding in wine, before drawing some frankly ill-considered analogies and scattering his sheep’s pellets of wisdom in the direction of all who don’t move away quickly enough 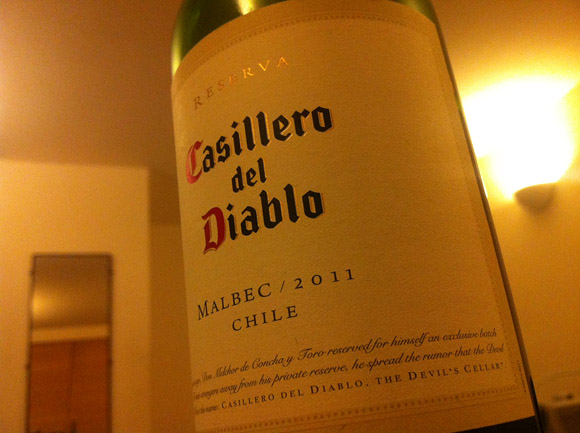 Winemakers, in general, need to wise up. Okay, sure, practically everyone (myself almost certainly included) needs to wise up. But winemakers need to wise up, specifically, because they are lamentably bad at communicating with normal people.

(Notice the ease with which I refer to normal people. Almost as though I knew some.)

Winemakers generally do a shambolic job of any kind of branding or advertising. In fact, a recent study revealed that 76% of actors taking parts in wine adverts subsequently suffered savage assault on grounds including (but not limited to)

[Blah, Christforsaken blah. Listen, I’m quite tired, alright, and I’m just writing this because the charming @CuriousWines said something nice about me on Twitter. I have a crick in my neck and everything.]

The point? Oh, right, yeah. The point is that — as Robert McIntosh said, considerably more eloquently, a week or so ago — most winemakers don’t get branding. But one of them seems to have more of a clue:

I like branding. Doesn’t mean I always trust it, by the by. But I like it, and I respect the skill that goes into it.

Anyhow, having read Robert’s piece on the ad, I cracked open a bottle of Casillero del Diablo (albeit not the wines promoted in the ad) I had rolling around in my cupboard. A 2011 Chilean Reserva Malbec.

So. There’s a lot of coffee. Coffee all over the sodding place. Coffee is the first thing that hits you when you snout around in it, and coffee is pretty quick to grab your tastebuds when the wine gets itself into your mouth.

After that, though, it’s surprisingly sharp. A bit like a typical article in Vice Magazine: going out of its way to give an impression of depth, but actually rather harsh and one-dimensional.

TAKE THAT, VICE. YOU JUST GOT ZINGED.

Yeah. It’s not awful, but it’s a shame, nevertheless. And it’s sort of confusing, too — because this isn’t really the kind of wine that feels like it’s come to you from some tepid focus group — all blandness, sweetness, superficial charms. No, it’s a bit too aggressive to be a crowd-pleaser (I’d have thought).

What I’m saying is, I don’t know who’s the, y’know, target audience.

What I do know is that, for the price, there’s better to be had elsewhere. Some old fart will probably say that they should be spending less money on advertising and more money on the wine, I guess. To that old fart, I say: IN THAT CASE, MAKE YOUR OWN WINE AND DISPENSE ENTIRELY WITH THE MUCKY REALITIES OF CAPITALISM, WHY DON’T YOU?

Jesus, a humanoid figure just flew past my window. He seemed to be made of straw. God knows what that was about.

2 thoughts on “Wise up and smell the Casillero del Diablo”