… is serious, poised and (at time of writing) rather good value 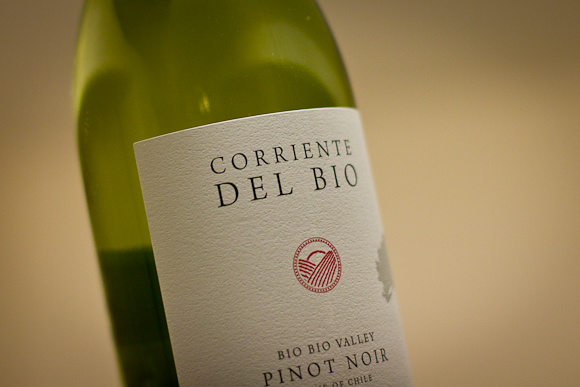 I thought I’d crack open a bottle of this M&S Pinot Noir. It’s reduced right now, y’see, from £8 to a mere 6 — a bargain to which my attention was drawn by Fiona Beckett’s Credit Crunch Drinking.

Now, if you fervently adore pinot noir in the way that I do, your eyes will already be lit up at the prospect of a bottle for £6. But is it good?

Thanks to relatively prominent tannins, it also has that somewhat austere cranberry dryness. Best with food, I’d say.

Not at all bad, M&S. For £6, this is definitely worth a try. It wouldn’t, though, be my £8 pinot noir of choice. I’d take the Wine Society’s Chilean Pinot Noir any day. And use the spare £1 to BUY SWEETS.

But if the notion of a serious, poised kind of wine for £6 grabs you, haul ass down to M&S soon. It won’t be on offer for much longer.