…probably won’t metamorphose into a champion 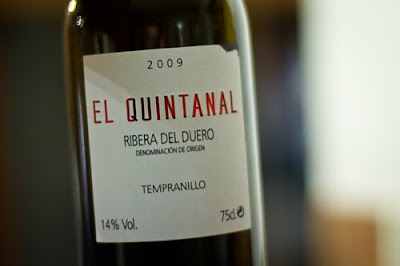 Okay, let’s shimmy our way through a quick Rioja – one I picked up from Oddbins as an alcoholic offering to my dear parents, upon whose hospitality I was reliant over the weekend.

And I wasn’t overwhelmed. By the wine, that is. My parents’ hospitality, of course, was overwhelming as ever.

Now there’s a good welter of mouth-shrinking tannin in this wine (unsurprising, since it’s still very young) so it would doubtless improve with ageing. And its initial flavourburst is full, dark and spiced — though my bottle, at least, was petillant (that is to say, slightly sparkling), which I don’t think can’ve been intended.

But, considering the price, the wine is disappointingly quick to fade in the mouth, with a hollowness that rapidly follows in the wake of its initial assault on the palate.

For over £10, I’d hoped for better. Hell, let me tell you: my parents deserve better.

If you happen already have a bottle of this lying around, I’d let it lie a good while longer: it will improve. But I wouldn’t buy it on the expectation that it’ll metamorphose into a champion.

It may be that my bottle wasn’t a good example (witness that incongruous fizz). But if you find yourself shuffling round Oddbins, looking for a bottle to impress your parents, I suggest you give this chap a miss. It’s not bad, but you could do much better for the money.