Slovenia, Slovakia; Slovakia, Slovenia. Two nations that, I realise, are entirely distinct and just happen to have names that a mindless idiot like me is always getting mixed up. I’ve never been to either (perhaps, had I done so, my confusion would cease). But I have met several people from both countries, all of whom have been delightful human beings.

On this principle, I approached both Slovenian and Slovakian wine — neither being exactly easy to find, here in the UK — with optimism. And decided to crack open a bottle from each and to pit them against one another in an attempt to use the medium of wine to overcome my inability to remember which country is which.

(Okay. That’s one of the lamest excuses I’ve come up with to open two bottles of wine. And that’s saying something.) 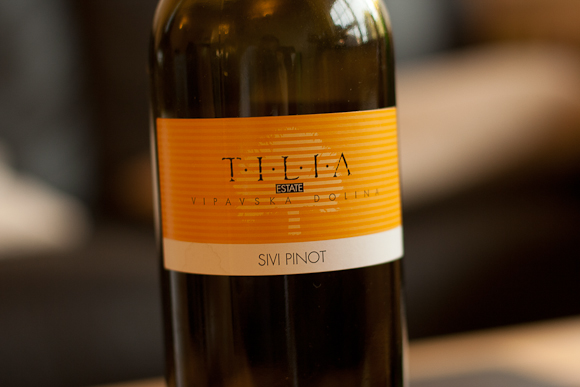 So — the outcome of this meaningless and artificial clash of two proud nations? Something of a one-sided contest, I’m afraid. Because — alas! — my Slovenian contender was less than championship material. A Tilia Estate Pinot Gris (★, £12.99) that I bought from Naked Wines a while ago — which was, honestly, just a bit depressing. Sort of like Luton airport, but without the prospect of being en route anywhere better.

I mean, it’s not undrinkable or anything. But it’s slack in the gob; rather heavy and sullen. A pudgy child who’d rather be playing Call of Duty than turning up to PE. There’s nothing outright offensive about it. I just, well, hoped for better. 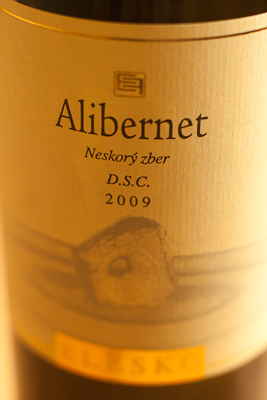 Which is just as well. Because better is exactly what I got, courtesy of Slovakia and Adam Priscak, who kindly brought me back a bottle from his latest trip home. Step forward one wine made by Elesko called Alibernet 1, neskorý zber, suché, 2009 (★★★★). Which is a lot of words that I don’t understand. Nice, eh? Adam tells me that this wine is made in small quantities. Fine by me, so long as I get some of it. Because it is sodding lovely. As deep as a very deep hole (with some mushrooms growing in it, perhaps). Ripping and earthy and proud. There’s a kind of polishy quality to it (as distinct from Polishy, which is a bit further north — for the benefit of those of you using this blog as a guide to central/eastern-European geography. You poor, poor buggers.)

It’s full and fruited, but not remotely glib. Dark, big and extremely good. Thank you Adam; thank you Elesko. Fine representatives of your nation.

So it looks like the scoreline is currently Slovakia 1; Slovenia 0. Based on a ludicrous and utterly unrepresentative sample. Just the way we like it. So I’m putting out a call for recommendations of Slovenian wines that could even the score… Suggestions in the comments, s’il te plait.

4 thoughts on “Slovenia vs Slovakia (wine and geographic confusion)”