… has (alas) had much of it winning subtlety beaten out of it — leaving it cowed and wretched, cringing in the corner like a maltreated animal 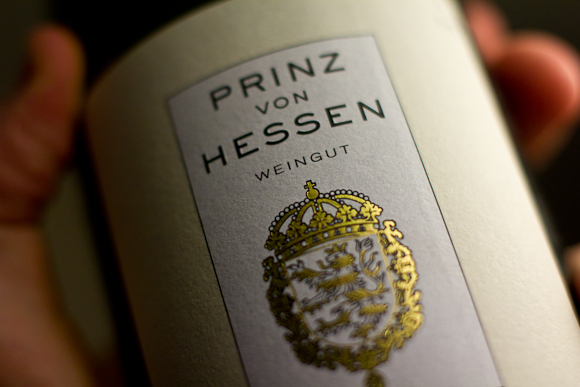 Opening a bottle of wine is a time of almost intemperate joy for me. A time pregnant with possibility. My mind conjures the potential delights ensconced within those glassy walls. My focus sharpens. The world narrows to this: the loosing of the cork; the exquisite slow prise of the corkscrew (waiter’s style only, please); the first snatched whiff at the neck of the freshly denuded bottle.

(Before you ask, no, my palms are not sweating.)

What I mean is, there’s a hell of a lot of hope invested in those meagre 750 millilitres of liquid.

And that’s with any halfway respectable wine I open.

With a German Riesling, well, let’s just say that (in terms of relative expectation levels) Obama had it easy.

Which is why I opened this bottle of Riesling Kabinett — snaffled in the Wine Society’s January sale — with even greater eagerness than usual.

For a German Riesling, it’s fairly closed-down aromatically. Some fruit, some lavender and suchlike. But it’s hardly leaping out at you like a mad axe-murderer in a dark alley.

The lavender’s there in the mouth, too — but here’s where the axe-murderer does jump out. And hits you with a swingeing blow of winey bosh. It’s overwhelming. Not in a hedonistic pleasures kind of way; in a Blitzkrieg kind of way.

There’s a nice, unexpected hint of toffee to its finish, but unfortunately one that’s ultimately overridden by acid. So kind of like chewing a toffee that’s been soaked in vinegar, then. Which curtails the pleasure somewhat. Once that’s cleared, though, you’re left with some lovely delicate floral, peachy perfumes lingering. This is hands-down the nicest part of the whole experience. And the thing that keeps you going back to your glass, wondering if you got it all wrong.

This actually reminds me of some of the New World attempts at Riesling that founder because of a climate or style of viticulture that’s unsuited to the strengths of the grape. If I was blind-tasting this, I’d say it was a Riesling from a too-hot part of Australia.

Because it tastes like much of the winning subtlety of the grape has been beaten out of it. Not completely removed, you understand; just cowed and wretched, cringing in the corner like a maltreated animal.

Which makes me sad.

Which, given my lofty expectations is all bit of a shame.

You reading this, Obama?