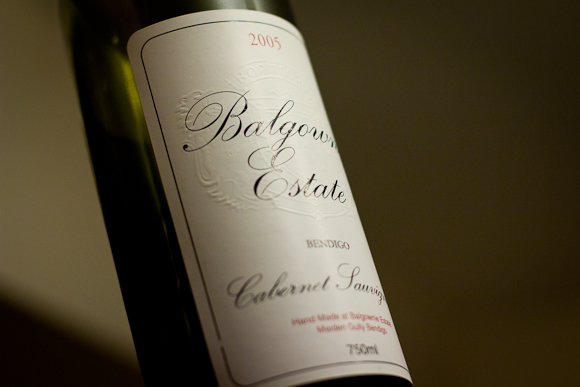 We all have our own milestones in life.

Some people tell themselves they’ll have made it when they finally get that bmw they’ve always lusted after; others, when they have their first child. Or their first million. For other people still, their life truly attains meaning only once they have undertaken a stage-managed execution of a large predatory beast that, thanks to odds stacked monumentally in its disfavour, has absolutely no fucking chance of defending itself.

But I? I, dear reader, am — relatively speaking — humility itself.

I tell myself that I’ll have made it when I have my own cellar.

NO, NOT IN A JOSEF FRITZL KIND OF WAY, YOU ABSOLUTE FUCKING MESS. GET OUT NOW.

Unfortunately, see, Old Parn is forever schlepping his arse from one rented hovel to the next. And the rented hovels of Oxford, it seems, are low on cellars.

(They are also, FYI, low on pianos. Irrelevant but true.)

The point? For, of course, there is always a point, my pretties, isn’t there? Yah. The point is that the very best place for the above-depicted bottle of Balgownie Estate Cabernet Sauvignon 2005 would be a cellar.

A cellar. Alongside 11 other bottles of Balgownie Estate Cabernet Sauvignon 2005, if you please.

Because this is a wine I have done something of a disservice by killing before its prime (and, seamlessly, we’re back to Vladimir Putin again). In 5–10 years, it’ll be fucking delicious. No mistake.

Right now, it’s formidable — commingling fruit and wood and frost and metal. Bracing stuff. In the same way that rugby on a frost-hardened pitch in mid-January was (apparently) also bracing.

As you’d expect (if you’ve been paying attention so far, not allowing your mind to wander to fleeting visions of the Russian President’s naked torso), there’s a welter of tannin going on in this mouthful, which gives it more backbone than a frigging brontosaurus.

It filleth thy gob.

There’s pepper and, yeah, fat juicy black olives squished between the back of your tongue and the roof of your mouth. That bit where it’s all slimy and squishy. Yes, right there. But don’t keep poking around, alright? You’ll only make yourself sick.

What else? In the catalogue of flavours (never convinced how interesting this is to read, but still) we have ticks next to liquorice, parma violet and young sour blackberries.

Sniff (if you dare) and you’re hit with that huge, almost impenetrable board-pen smell. Well, obviously it doesn’t actually smell like a board-pen. That would be horrible, and this is, in fact, lovely. But you know how a board-pen’s smell absolutely fills up your whole nasal world and makes you almost cry with the intensity of it?

(NO I HAVE NOT BEEN ABUSING SOLVENTS.)

Well, this is like that in its intensity. Dude.

The length is great, the balance is great. The wine is powerful, matt, complex.

All great, then. And drinking it right now, I’d give it three solid, solid stars. If that’s what you’re going to do, then you should definitely decant the old boy well in advance to let him breathe and relax a little. To, um, massage that huge backbone a little, y’know.

But, oh sweet messiah, how those three stars would multiply (I have no doubt) after a good few years in the quiet, the cool, the dark.

A good few years in my non-existent cellar, in other words.

In anticipation of which, I’m upping the rating to 4. But only if you’re patient.

Well, you big smug cellar-owning bastard, buy a case of it then, why don’t you? Leave a comment with a link to a photo of it in your goddamn cellar, alongside you, smirking like a fat little oik.

… will make you shout aloud with joy 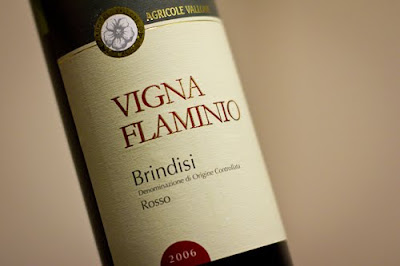 There are few things more infuriating than grasping in vain for a description. Those times when you know a perfect, illuminating word or phrase exists — yet remain fumblingly unable to lay hands on it. Verbal constipation.

And there are few things more joyous (conversely) than alighting at last upon that long-sought description. Just when you were ready to give up.

Which explains the manic delight with which I found myself exclaiming ‘Tomato ketchup!’ two glasses into a bottle of Brindisi Vigna Flaminio.

Now, that may’ve given you a less than prepossessing impression. And that’s unjust. Because this is a very good — very, very reasonably priced — wine.

So, yes, there’s tomato ketchup in there. But you must believe me when I say that this is resoundingly a good thing. It binds the whole thing together in a juicy, sweet-yet-savoury kind of way.

This is a fairly light red wine, but it’s full. It practically ZINGS with high-note aromatics (both in the nose and in the gob). Oriental spices (cinnamon, star anise and the like), plum, balsamic vinegar of the finest and most viscous variety. Then there’s a crazed cameo of fizzy cola bottle, just when your tongue thought it could slope out of the room quietly.

And, like I said, that satisfying, satisfying tomato ketchup.

I can only reiterate: don’t be put off by the ketchup thing. I know that wine writers’ descriptions can often verge on the repugnant — and I sincerely hope not to repel you, dear readers.

You should try this wine, in other words. Because it’s way more interesting than you could reasonably expect for £6.95. Yes, £6.95. That’s three quid cheaper than this old louse of a wine, for a start.

If the effervescent aromatics get too much for you, in any case, the wine tames beautifully with food (just don’t overpower the poor fellow). But, seriously, this is proof that interesting wines don’t have to have elbow-chewing price-tags.

And you’ll be able to enjoy it all the more, I might add, without the torture of working out the tomato ketchup bit. 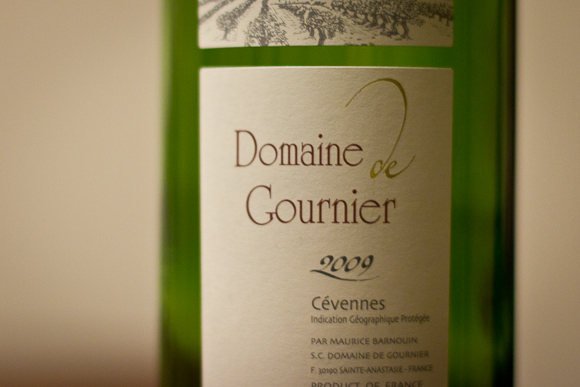