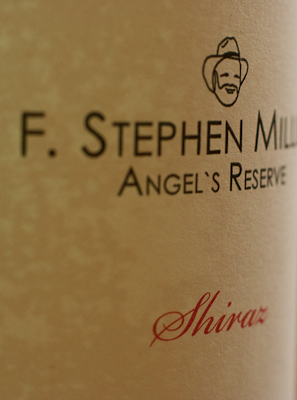 (For the background to the following, read the previous post, ‘When Clemmie Misses Her Train’.)

Feeling unaccountably like the boy waiting outside the Headmaster’s office, I found myself standing at the door to my neighbour’s flat.

Pull yourself together, Parnell, I murmured — and administered a falsely assertive rap upon the door.

(When I say ‘rap’, I mean in the sense of ‘knock’ or ‘tap’. Not in the sense of performing a piece of urban spoken music. Though perhaps I should have explored this kind of rap as an alternative means by which to announce my presence. It might have allowed me to retain the initiative a little longer in the ensuing encounter.)

The door swung open. From behind it, a disembodied voice: ‘Do come in.’

Now, reader, let me tell you this: I was all prepared for a doorstep exchange, here. And this invitation to enter wrongfooted me straight away. But what’s a chap to do? I couldn’t very well reply, ‘Um, no, I’d rather conduct this conversation in public view’, now, could I?

‘Don’t you want your parcel?’

This struck me as a needlessly adversarial opening to our conversation.

‘Well why didn’t you pick it up? It’s been here for two days!’

‘Gosh — I’m very sorry: it was quite late when I came in last night…’ (Yes, I have a tendency to use expressions such as ‘gosh’ in such situations. I fondly nurture the delusion that it makes me seem charming and socially assured.)

‘But what about the night before? Why didn’t you pick it up then?’

This, I began to suspect, is what intense police interrogation feels like. I began to be confused, to lose track of my cover story. ‘Um… I…’

‘If you’d prefer, I won’t take your parcels. Would you prefer that?’

At this point, I’m sort of stammering — so entirely disorientated am I by the fierce barrage of accusatory questions emanating from this small 98-year-old woman.

‘Well, pick up your parcels! I don’t mind taking them in, but I don’t want the responsibility of keeping them for days.’ 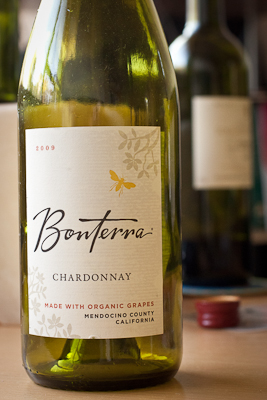 After that, as you may well imagine, I needed some kind of alcoholic bracer. And that’s where Bonterra came in.

Bonterra’s is a fruity, a creamy, a taut Chardonnay. While it’s far from self-effacing, there’s none of that wenchy quality that New World Chardonnay can have. There’s some pepper in there, and it’s altogether rather nice — sprightly but full.

What’s more, relative to other chardonnays hailing from its part of the world, it has a pleasant lightness to it. A certain easygoing quality.

The kind of wine, in other words, that probably wouldn’t mind holding onto your parcels for a day or two.